The absolutely viral case of what it means to be Slovak 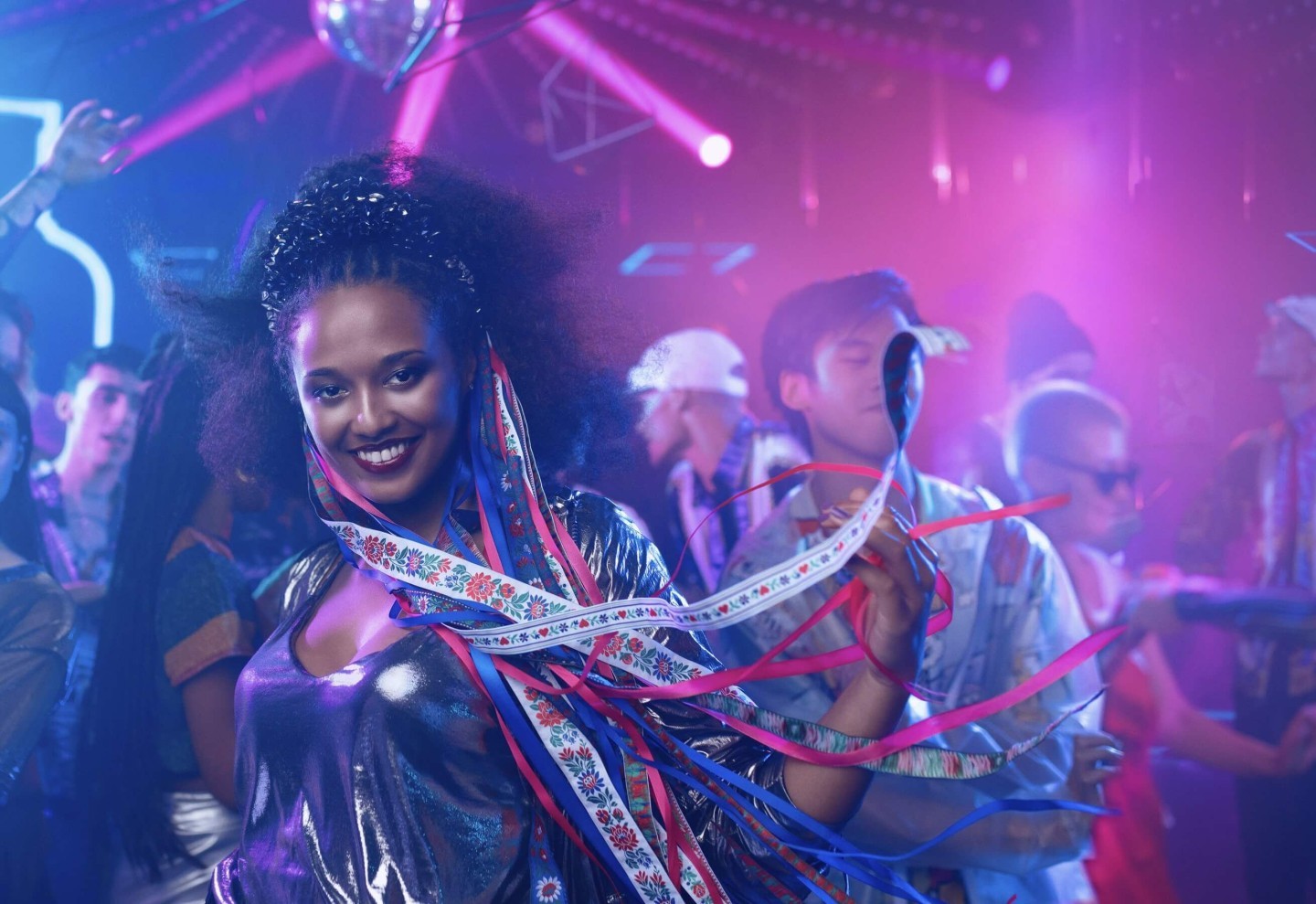 What happens when a Swedish vodka that has built its brand on tolerance comes to the relatively intolerant country of Slovakia?

Bread, salt, and a pinch of xenophobia.

Slovaks like to say about themselves that they are open, generous, and welcoming. We even have a tradition where we welcome foreigners with bread and salt. However, surveys have long been showing that we are a closed nation in which up to 56% of people have never met a person of colour and up to 80% would not accept such a person into their narrower circle. Especially outside the cities, people are distrustful not only of strangers, but of any difference (religious, sexual). The cherry on top of that situation? The entry of an extremist political party into the parliament in 2016.

It was to this environment that the Swedish Absolut vodka came with the first major image campaign. A brand whose main pillar is tolerance, inclusion, and respect.

Proper targeting at the beginning of a campaign had never been more important.

As many as 81% of young people in Slovak cities think that prejudice has no place in modern society and that we are all equal. It was the opinion of this group that our client was most interested in. Since Absolut products are more expensive than its competitors’, the target group was carefully chosen to be urban people under the age of 30. The plan was clear: to launch the campaign while targeting precisely that group of people who could act as ambassadors for the campaign's message, not as opponents.

Labelling as a marketing principle.

The success of the campaign depended on a simple principle that is often used in marketing. Are you Coca-Cola or Pepsi? McDonald’s or Burger King? The we-versus-they principle works so well because our survival has been dependent on belonging to a particular group for tens of thousands of years.

We like to divide into groups and put labels on others.

Paradoxically, this is true for those who put labels on others as well as those who don’t. Xenophobes vs. peace officers, liberals vs. supporters of the traditional family.

It was these labels that were circulating in our society at the time of the campaign – and still are today. In the campaign, we focused on this popular “hobby” of comparing ourselves to others – specifically, at comparing who is and who is not Slovak.

Using the example of Natalie, a young singer, we showed Slovakia that being Slovak is not about having a specific colour of skin. Natalie was born in Slovakia, has lived here all her life, and speaks Slovak. She meets all the conditions of "Slovakness", except for one detail: she is a black woman. Not a problem for people within the target group, an insurmountable obstacle for others.

The main communication element was an online video that featured Natalie. We dressed her in a traditional Slovak folk costume in which she sang a modified version of the folk song "Slovak Moms (Pretty Daughters You Have)".

With the release of the video came the hate - but we expected it. From hateful comments on Facebook to businesses that have decided to stop selling Absolut products and boycott the company by spilling all purchased stock. We hit a nerve, apparently.

But in addition to the hate, we also got something else. The hearts of people in our target group.

We went into the campaign with a bit of a risk, but we believed that good people would not remain silent. And they didn’t. Despite the wave of hate, as many as 66% of comments on social media had positive sentiment. The thousands of comments sparked a debate about racism and xenophobia and dozens of Slovak influencers and media contributed to the debate. Stories, videos, news and posts have gone viral and targeted 16.2 million people. The value of the media space gained in this way surpassed the value of purchased media by more than a third.

The most viral campaign Slovakia has ever seen was born.

To make sure that the voices of our supporters would not get lost in the mass of comments, we gave them other opportunities to voice their opinions. Profile photo frames and Absolut festival bracelets were everywhere on social media.

We used the support of celebrities to the fullest, and together with artists such as Separ, Strapo, or Fobia Kid, we prepared a Spotify playlist called True Colours of Slovakia. The proceeds of the playlist went to support an organisation that fights racism.

We also supported the online communication with a series of citylights.

Let’s get down to business.

The campaign angered a small part of consumers, but its positive impact was much greater. This risk was clear from the beginning, but we believed and hoped it would pay off. It has. Absolut has not only strengthened its image parameters, but also achieved great sales results.

And not only that: Absolut became the country's market leader. For the first time in Slovakia, it managed to overtake its biggest competitor, Finlandia, and became the best-selling premium vodka. For the brand, the additional media space gained was worth €162,500. With the help of the Spotify playlist, we also donated €5000 to support People Against Racism.

In addition to that, Absolut has built the ground for other brands on the market which, following a good example, were not afraid to base their communication more on values and social topics than on hard-sell headlines. None of this would have happened were it not for the Absolut brand team’s huge amount of courage, passion, and confidence at one time. 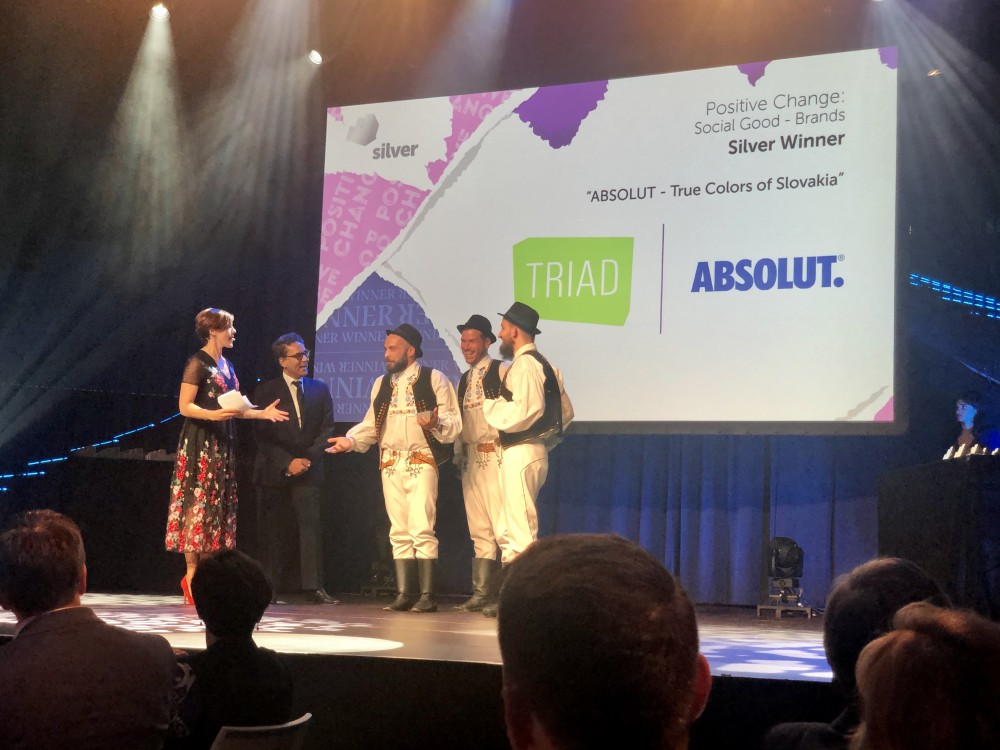 And last but definitely not least:

The campaign has sparked a necessary debate in Slovakia about tolerance, racism, and about what it means to be Slovak.